My journey began back when I had some extra computer parts laying around from upgrading my main PC. I had one build previous to the one in the pictures, using an old AMD Athlon 64 X2, and only 6 GB of DDR2 RAM.

I learned how to configure my own servers after using an solution on the first build, Amahi. I remember mainly running a Minecraft server, and the basics of Emby Server. After having some issues with the old hardware and acquiring new parts from my workplace e-trash, I decided to start fresh. Wiped a HDD clean to set up and learn my first hypervisor: Citrix XenServer.

This second build is the first one I started to photograph. 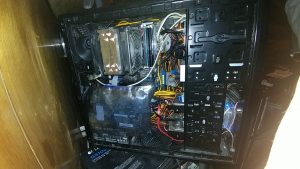 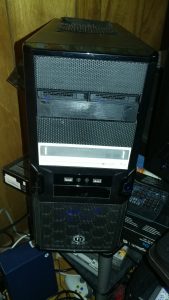 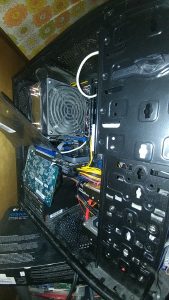 This whitebox has had some changes since this version above, Such as the lovely GPU plugged in and leaning sideways.  That one was being used for the console , while the Geforce was used via PCI Passthrough.

At this time of writing, this is what the build consists of:
PCPartPicker part list

This site uses Akismet to reduce spam. Learn how your comment data is processed.